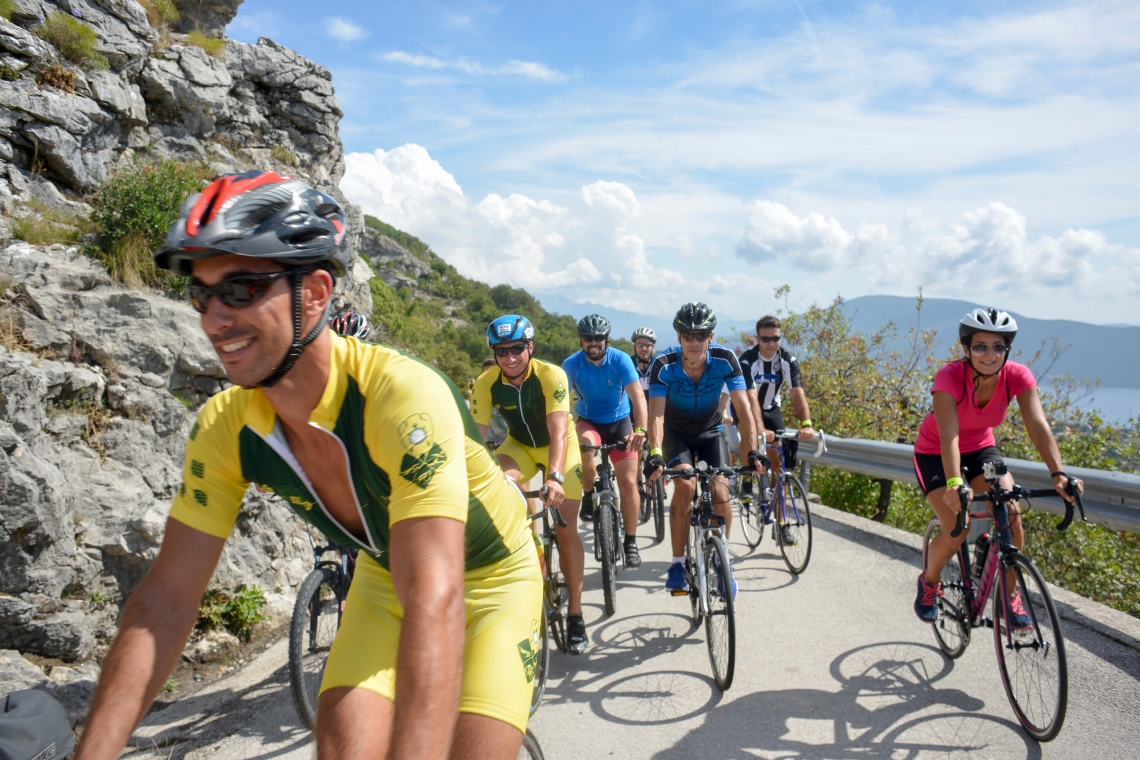 Beneath the walls of the Old Town, through the winding streets of Herceg Novi, the bike trail „Salti and Sveet“, leads to the main road to Trebinje. For the next 28 km, from sea level, the route leads to 1600m above sea level, to Orjen pond - the largest water surface on mountain Orjen. It is a small lake with a diameter of only 30 m. In the first part of the highway towards Trebinje, the ascent is stronger (about 9%), and later it is mostly moderate, with quite flat sections.

At the end of the 4th kilometer, turn right, onto a side asphalt road. The section leads through a part of the village of Kameno. From all the marginal protruding parts there is a magical view of the Bay of Kotor. It passes by the place where the famous Battle of Kotobilj took place, sung in Gorski vijenac by Njegos. From this road, it is necessary to enter the highway to Trebinje again.

At the beginning of the 13th kilometer, you leave the main road and turn onto the narrower, older asphalt road that leads to the village of Kruševice. Before entering the village, on the right side of the hill, there is a unique cultural monument, popularly known as the Windmill. These are the remains of the only windmill in Boka and Montenegro, and the only one built in the Adriatic hinterland. All other known ones are located on the Adriatic coast of Dalmatia and Istria. At the village cemetery, at 15.4 km, turn right, towards the exit from the village. The route leads uphill 4 km, by serpentines towards Vrbanj. In front, you can see the peaks of Orjen and part of the magnificent Subra amphitheater, the most beautiful detail of the Coastal Dinarides. At Vrbanj, at the crossroads, turn right, and at that point the asphalt turns into macadam. The next ten kilometers, to the top of Orjen and Lokvevozi, are along the route of the Austro-Hungarian macadam road built in dry land. The road leads next to the newly built modern adrenaline park, located in a dense beech forest, with over 40 obstacles on 4 levels.

The macadam route winds to Orjenska lokva (1596 m above sea level), passing alternately through karst and beech forest. On the slopes of Orjen can be seen an endemic protected species of pine, in groups or alone. Then turn onto the footpath that leads to the top of Orjen (Veliki kabao 1894 m above sea level). It is the trail on which the Austro-Hungarian heir to the throne, Prince Rudolf Habsburg, climbed to the top in 1888, and it is the first hiking trail in Montenegro.