PRESS RELEASE ON THE OCCASION OF CELEBRATING THE 50TH ANNIVERSARY OF THE BOKA MAGAZINE: collection of papers from science, culture and art 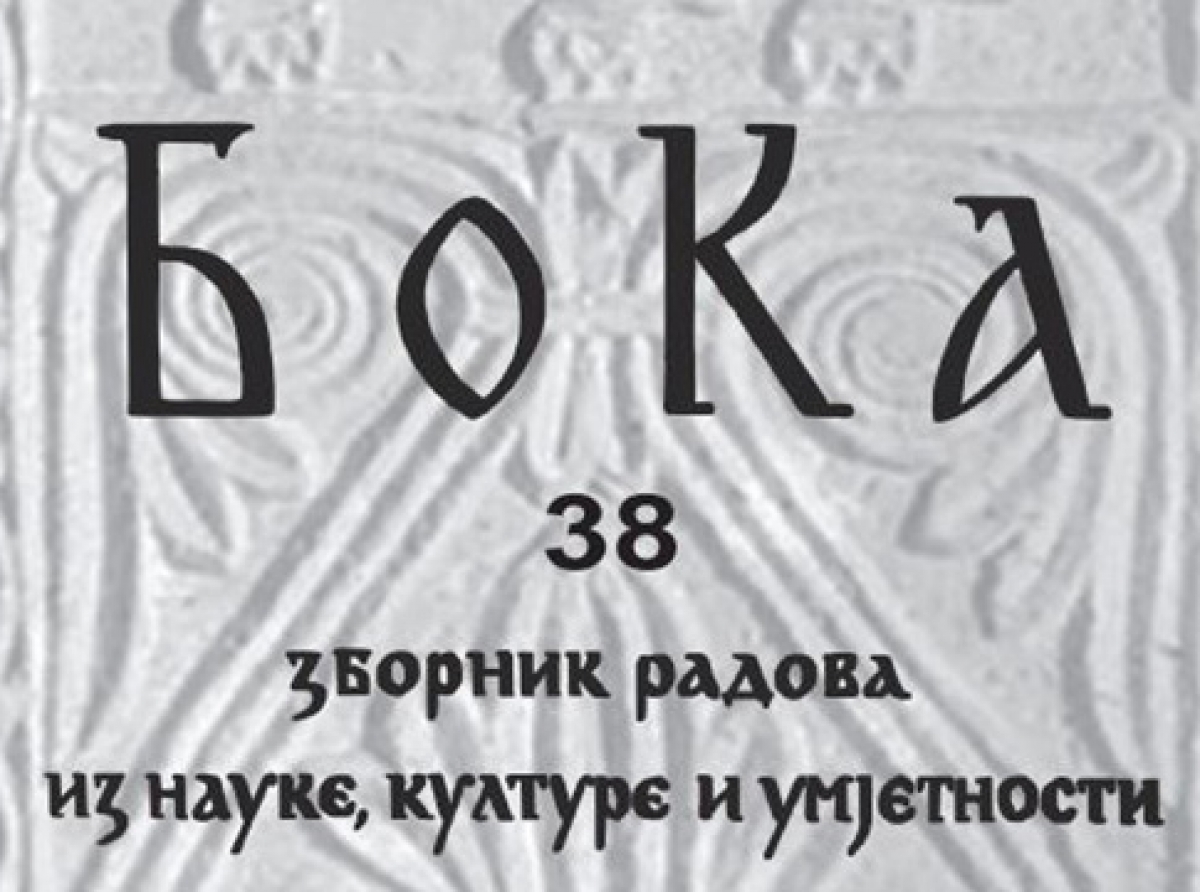 PRESS RELEASE ON THE OCCASION OF CELEBRATING THE 50TH ANNIVERSARY OF THE BOKA MAGAZINE: collection of papers from science, culture and art In the year when it turns 70, the Public Institution City Library and Reading Room Herceg Novi celebrates another significant jubilee, 50 years of publishing the magazine Boka: a collection of works from science, culture and art, whose publisher it is. The first issue was published in 1969, the magazine is published once a year, and 39 issues have been published in the past 50 years. The continuity of publishing was interrupted by a multi-year break, in the period from 1989 to 1999, and in 2003 the Library took over the role of publisher.

The concept of the journal was defined by the Editorial Board and presented in the 1st issue: "Boka Kotorska, as a geographical determinant, due to several phenomena that determine it, provides today's science with an inexhaustible field for its observation and study in areas of several scientific branches and disciplines. In its earliest times, as a geographical territory, it became an arena where civilizations and cultures alternated, and in what the tooth of time has preserved, it has given science extraordinary opportunities to confirm its discoveries, as well as to lift the veil of mystery from some, with technique and more modern methods of its examination and its importance will grow more and more.For this reason, and for the other - to show that the Bay of Kotor is not only a tourist pearl because of its natural beauty, but because of its rich cultural background, the staff of the Homeland Museum in Herceg-Novi he felt it necessary to launch this edition of his, in order to give the uninformed the opportunity to get to know the Bay of Kotor more comprehensively, and encouraged scientists to cooperate, exchange views and argue. "Multidisciplinary research and study of Boka topics in the past and present has resulted in more than 660 scientific and professional papers, contributions and materials from: history, cultural history, literature, architecture, cultural heritage protection, art, maritime archeology, tourism, sports, demography, bibliographies, bio-bibliographies of famous Bokelj ... More than 250 authors collaborated on the journal.For the continuity of publishing, in unfavorable financial circumstances, especially in recent years, the members of the Editorial Board, editors, reviewers as well as the authors themselves are indisputably responsible.

Today, Boka is known as an indispensable source of data for every researcher of Boka Kotorska, and the quality of the collection is evidenced by the fact that it is represented in the funds of reputable libraries, not only from Montenegro and the surrounding area but also in the Library of Congress in Washington, National Library of Austria, National Library the Library of Serbia, the Matica Srpska Library, the University Library of Serbia and others. The magazine experienced full affirmation in 2004, when it was digitized. Today, all 39 issues of the Collection, ie more than 12,000 pages, are available on the Library's website in free access.In the program of marking the 50th anniversary of the publication of the magazine Boka participate: academician Zlata Bojović, prof. dr Đorđe Bubalo, member of the Editorial Board, prof. Dr. Ilija Lalošević, member of the Editorial Board and Nevenka Mitrović, editor-in-chief.Academician Zlata Bojović received her PhD from the Department of Yugoslav and General Literature at the Faculty of Philology in Belgrade, where she was a full professor until her retirement. He is a regular member of SANU. The dominant area of ​​her scientific work is Dubrovnik literature. He is the author of numerous scientific monographs, studies, essays, reviews and papers, as well as papers on the subject of the Bay of Kotor. He is the editor-in-chief of the journal: Glas Odeljenja jezika i književnosti SANU, Prilozi za književnost, jezik, istoriju i folklor i Bratstvo and a member of several editorial boards of the journal in the field of literary science. He is the winner of prestigious awards: Award for outstanding contribution to the study of Serbian literature from the "Alexander Arnautovic" Fund; Lifetime Achievement Charter of the Writers' Association of Serbia; Matija Ban Award; Award for Literature of the City of Belgrade; Stamp of Time Award and Medal of the Society "Saint Sava".Prof. Dr. George Bubalo holds a PhD from the Department of History of the Faculty of Philosophy in Belgrade and is a full professor at the same faculty. He teaches courses in the field of medieval history of the Serbian people. Since the beginning of his university and scientific career, Bubalo has published nine monographs and a history textbook for the 6th grade of primary school, over 60 original scientific papers in scientific periodicals and collections, and over 200 determinants in lexicographic publications. Renowned European academic publisher Brepols Publishers has published his monograph Pragmatic Literacy in Medieval Serbia. The main research topics of prof. Dr. Bubala are: documentary and everyday literacy in medieval Serbian society; notary in medieval Serbia; medieval Serbian law (especially the Legislation of Tsar Stefan Dušan); the fate of medieval phenomena and institutions in the new century; history of medieval Zeta; studying and issuing old Serbian charters. At SANU, Bubalo is a member of the Hilandar Committee, the Committee for Sources of Serbian Law, the Steering Committee of the Balkan Institute, and the Interdepartmental Committee for the Study of Kosovo.