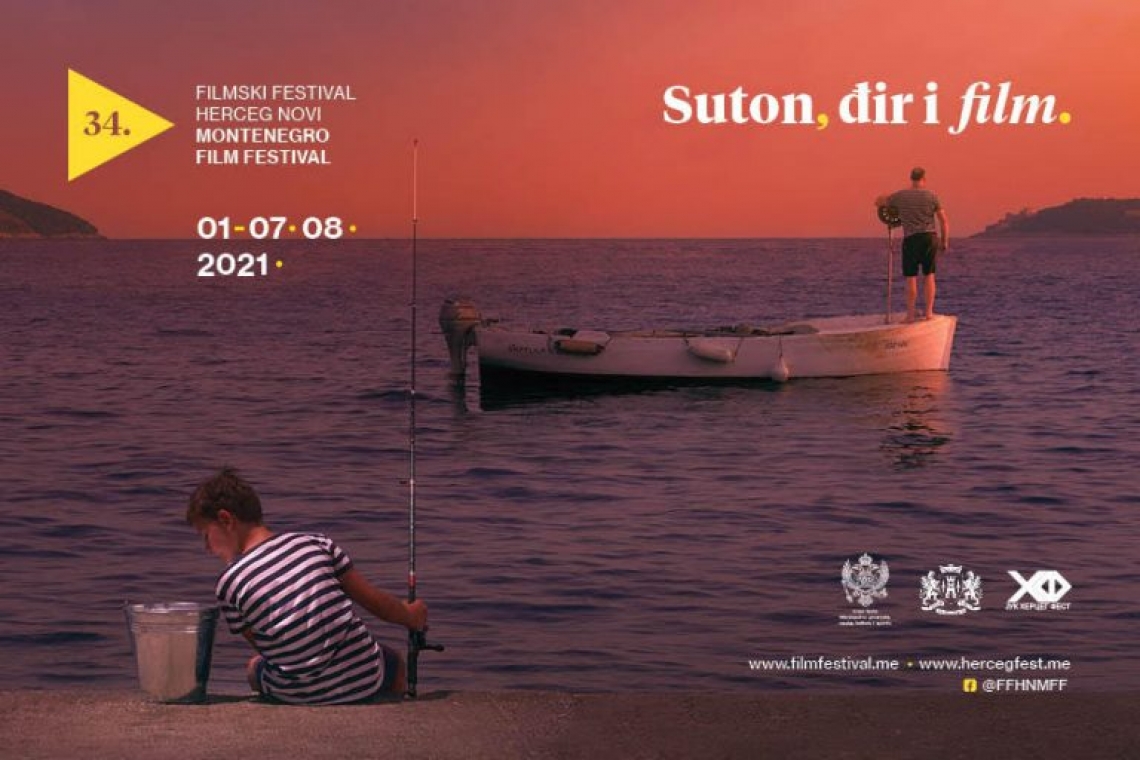 With fireworks, anthem, view of the movie screen and the new sky, with guests, audience, messages that mean in the time we live in, it seems, even more than ever before, the 34th Film Festival Herceg Novi - Montenegro was opened at the ancient Kanli Tower. film festival. The screening of films will last until August 7. I imagine Herceg Novi as a "white bow of a ship called the land whose sailors go all over the ocean and the world and bring various valuables into it," said one of the constellation of the most important Yugoslav actors, Petar Bozovic, opening the festival. -And on the bow are writers, artists and in front of everyone imagined, Ivo Andrić. Behind them, long ago, is the memory of the extraordinary Art School that gave birth to a painting giant from Cetinje - Dado Đurić. Well, behind him, a beardless boy from Ozrinić, pushes himself and after many years brings his big torch and completes the light of the seventh art - dear Živko Nikolić. Without him, the biography of this story would be much poorer. And don't let me talk anymore, think that the 34th film festival is open !, said Božović. On behalf of Herceg Novi, the chief administrator of the Municipality of Herceg Novi, Nenad Djordjevic, addressed the distinguished guests from social and political life, filmmakers and the audience, because the President of the Municipality, Stevan Katic, could not attend the opening for justified reasons.

Djordjevic pointed out that during more than three decades of its existence, FFHN has overcome all the challenges posed by time or people before such an event, even last year, which was one of the most difficult due to the pandemic. -Culture always shares the fate of the society of which it is a part. That is why tonight, I dare say - and more than in previous years, I am extremely pleased to see, as far as respecting the prescribed epidemiological measures allows, the full Kanli Tower at the opening of the film festival, said Djordjevic. The film festival is one of the key points of Herceg Novi's identity as a city of culture and a city of film. According to him, this year's Festival "is a homage to the roots and personalities who built it, and at the same time brings changes, by including new generations who grew up with the new film festival. “Looking back at the very beginnings and the duration so far, and at the same time looking ahead, I believe that this edition will encourage thinking and dialogue about the future of the festival, in order to generate some new directions and solutions that will guarantee Herceg Novi through the world of moving images. continues to connect and acquaint with the region, the world and ourselves, was the message of Djordjevic.

The city of writers Herceg Novi, whose rich history and biography consists of great literature such as Njegos, Marko Miljanov, Ivo Andric and others, received a film festival 34 years ago, which won a high place in terms of duration and quality as one of the most important events of its kind in Southeast Europe. is Andrija Radulović, Director General of the Directorate for Encouragement and Development of Cultural and Artistic Creativity in the Ministry of Education, Science, Culture and Sports. - We are pleased with the fact that more than 50 films that carry a wealth of different topics with an emphasis on presenting a contemporary expression that is increasingly conquering the wider cultural space. MPNKS gave full support to this important cultural event as a manifestation of special importance for the culture of Montenegro, convinced of the quality, continuity and international character of FFHN. The film gives every person the opportunity to experience art in their own way because the film brings to light beauty, sadness and joy and speaks with lightning images of those hidden things and problems of modern humanity, a kind of creative rebellion and freedom without which there is no art, said Radulovic.

The opening program of the Festival was led by actors Dubravka Drakić and Dejan Đonović, who is also the creator of the script. There was time in the appropriate memory for all those who made FFHN better for decades, and left us between two Herceg Novi film festivals, primarily for producer and business director Zoran Živković, but also for publicist, journalist, author of the first festival rush Milan D. Špiček, a reliable member of the technical team of Pero Dubanek, numerous actors who were regular or occasional guests of the festival. Screenings of two films APPLES by Greek director Christos Nikou, which premiered at the 77th Venice Film Festival, followed by the film FIELD OF POPPY by Romanian director Eugen Jebeleanu.