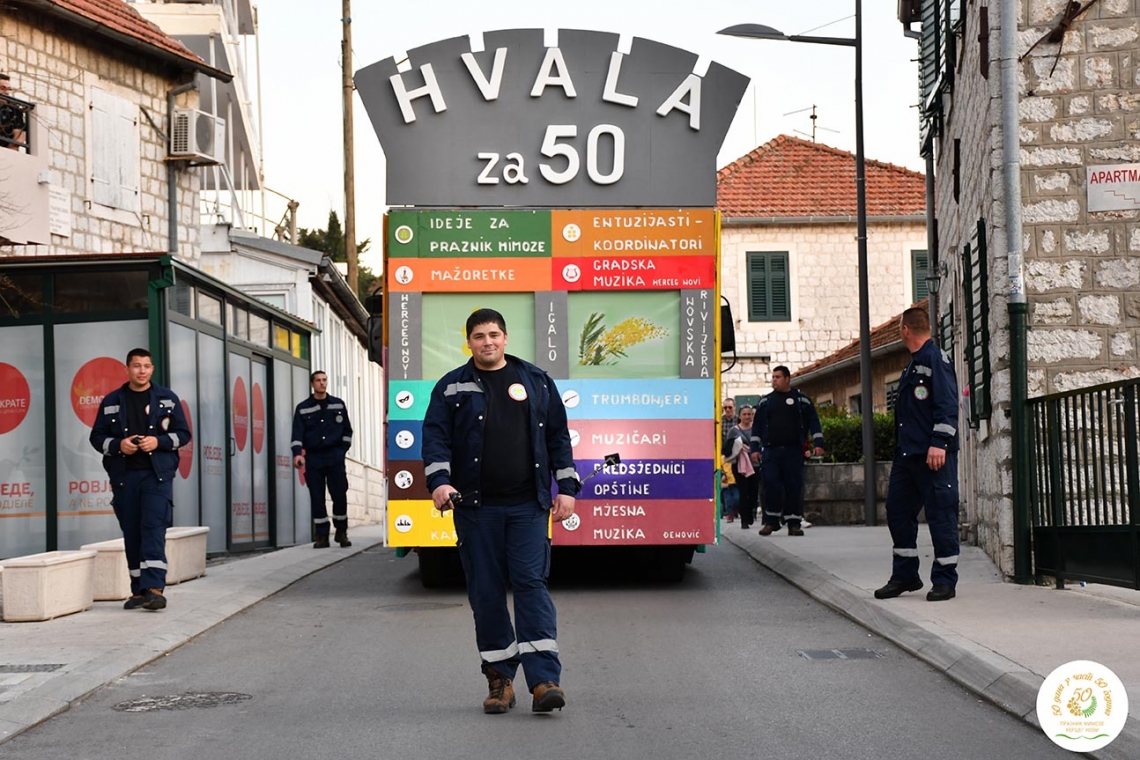 Certainly one of the most significant tourism manifestations in the region of the former Yugoslavia.

It has a tradition for more than 50 years, since 1969, when it was founded by the Tourism council of the Boka Kotorska and the municipality of Herceg Novi. Since 1991 it is a member of the Society of carnival cities of Europe, while the festival in 1975 was opened by the then first lady of Yugoslavia, Jovanka Broz. This festival usually lasts throughout the month of February, but in recent years as it became bigger and more significant, it pushed back the closing of the festival to mid-late March.

The Mimosa Festival is a manifestation in celebration of a plant that successfully prospers here while the rest of Europe is covered in snow. Its founded and prevails on the basis of tradition of carnival, once typical for this region. A specific spice to the festival is given by the young women of Herceg Novi called the majorettes, and bleh music. A great deal of tourism, entertainment, cultural, sporting and other events happen as a part of the festival. One of the best known ones is the feast of fish and wine that is traditionally held alongside the settlements of Kumbor, Djenovici and Baosici. During this manifestation that is held every first saturday in February fish and wine are served with the parade of majorettes and city music. Every year the International exhibit of flowers is held and the novelty of the last few years is the increasingly popular Festival of wine. Every year the main city square is the host of the traditional trial to the carnival, for everything wrong that's happened to the city of Herceg Novi, known also as the Carnival celebration. The festival is also host to the Fish dinner, the great children costume ball, the great feast of Boka, the parade of the majorettes, and many other different exhibits, concerts and so on. The mimosa festival has turned into a complex tourism and cultural manifestation with a multitude of visitors from all over the region.

In recent years many regional music stars open and close the festival with big concerts which attract more than 10 000 people to the plato outside of the hotel Igalo, which has quickly become the main stand for any performance in Herceg Novi. Apart from the big concerts, the festival is litted with sporting events, days of foreign cultures, and the famous masquearades in the Institute dr Simo Milosevic where people from all over Europe come and dress up in the hope of winning one of the top three prizes.