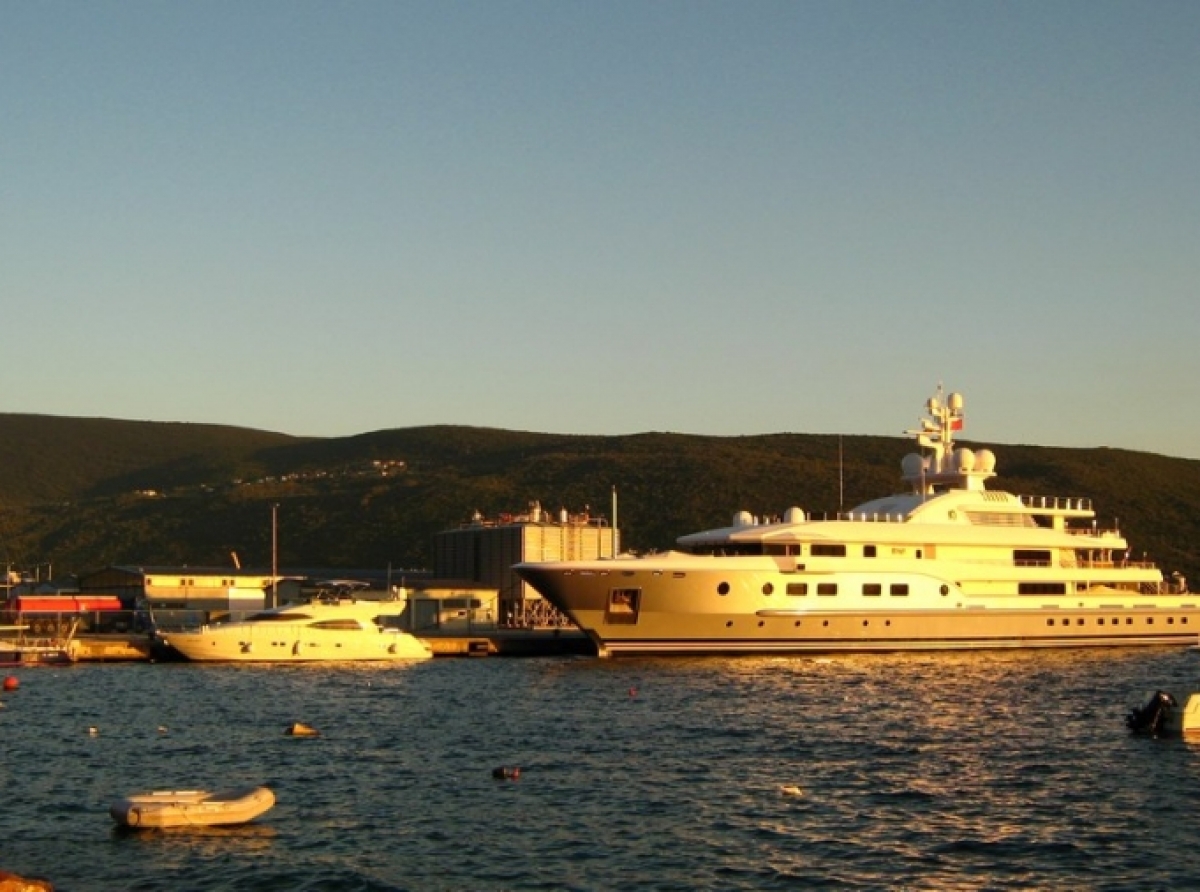 For all tourists who come with their boats from the sea, the first mandatory stop is the Port of Zelenika, where check-in is done.

STAY OF FOREIGN YACHTS IN THE WATERS OF MONTENEGRO

The following evidence shall be submitted for the issuance of a vignette:

1) request for obtaining a vignette;

3) the ability of the person operating the foreign yacht and the crew members issued:

a) by the competent or authorized bodies of the flag State, which are not in conflict with the STCW Convention, if the convention applies to the yacht in question;

b) the competent authority of the State with which an international agreement on the unilateral or mutual recognition of documents has been concluded;

c) in accordance with the regulations of Montenegro

4) insurance against liability for damage caused to third parties;

5) the ownership or power of attorney for the use of the yacht;

6) the paid fee for the use of navigation safety facilities and the administrative fee.

Foreign yachts used for performing economic activity in Montenegro, in addition to the evidence referred to in paragraph 4 of this Article, shall also submit proof of compulsory insurance in accordance with the law. In case all the evidence from para. 4 and 5 of this Article for obtaining a vignette, the Harbor Master's Office shall order the person operating the foreign yacht to submit the necessary evidence within a certain period of time, and until the evidence is submitted, the yacht will remain in the port of destination. Crew, passenger and vignette inventory forms shall be prescribed by the Ministry. ”Approval for movement and retention of crew member Article 22 (Law on Yachts - Montenegro)A member of the crew of a foreign yacht, who does not have a visa to stay in the Republic, may be issued a permit to move and stay in the Republic, during the stay of the yacht in the waters of the Republic. The approval referred to in paragraph 1 of this Article, at the request of the master or manager of a foreign yacht, shall be issued by the competent authority.

Orientation: A church northeast of the settlement, an old hotel building along the coast northwest of the harbor, a warehouse and terminal for transshipment of cement in the harbor and a light on the NW corner of the dock - a white tower with a pillar and gallery on a pedestal.

Weather:The port is fully exposed to S and SW winds which, when they blow, strongly create a tusk in the port's waters. The north winds blow in strong gusts, but due to the small wind, they do not create big waves.

Sea currents:In the waters of the port there is a strong current in the eastern direction.

Tides:On the Montenegrin coast, the mean amplitude of tides (the difference between medium high waters and medium low waters) is 23 cm.The mean amplitude between the middle higher high waters and the middle lower low waters is 29 cm. The amplitude between the highest monthly and lowest monthly mean values ​​is 64.1 cm. The absolute registered extremes in relation to the hydrographic level to which the depths on the nautical charts have been reduced are 87 cm above and 42 cm below the hydrographic level. It follows that the maximum registered amplitude of sea level change off the coast of Montenegro, caused by tides 131 cm.The sea level rises the most on average in October, November and December, and drops to its lowest values ​​in the summer months.

Instructions for entry:Great depths at the port approach and in the port waters, with the absence of obstacles to navigation, enable unhindered and safe entry into the port.

Border crossing:The port of Zelenika has the function of a trading port registered for international maritime traffic and the function of a border crossing where foreign nautical vessels (pleasure crafts) perform the necessary procedures when entering the waters of Montenegro.The border crossing uses a 134-meter-long NW port pier and is physically separated by a fence from the rest of the port. At the pier of the border crossing there are eight bollards for mooring vessels, two electricity connections, two connections for loading fuel and water hydrants.The port uses a 130-meter-long SW pier. There are nine moorings for mooring ships, two electricity connections and water hydrants on the pier.

Anchorage:Large boats can anchor in the area between Zelenika and Kumbor and it is the best anchorage in Herceg Novi Bay.

Fuel:There are two fuel connections on the shore in the border crossing zone on the NW pier.

Port authorities and customs:There are branch offices of the Port Authority and Customs in the place.

Communications:It is possible to access the port by motor vehicle, and for further communication you can use the Adriatic Highway, which passes not far from the entrance to the port.