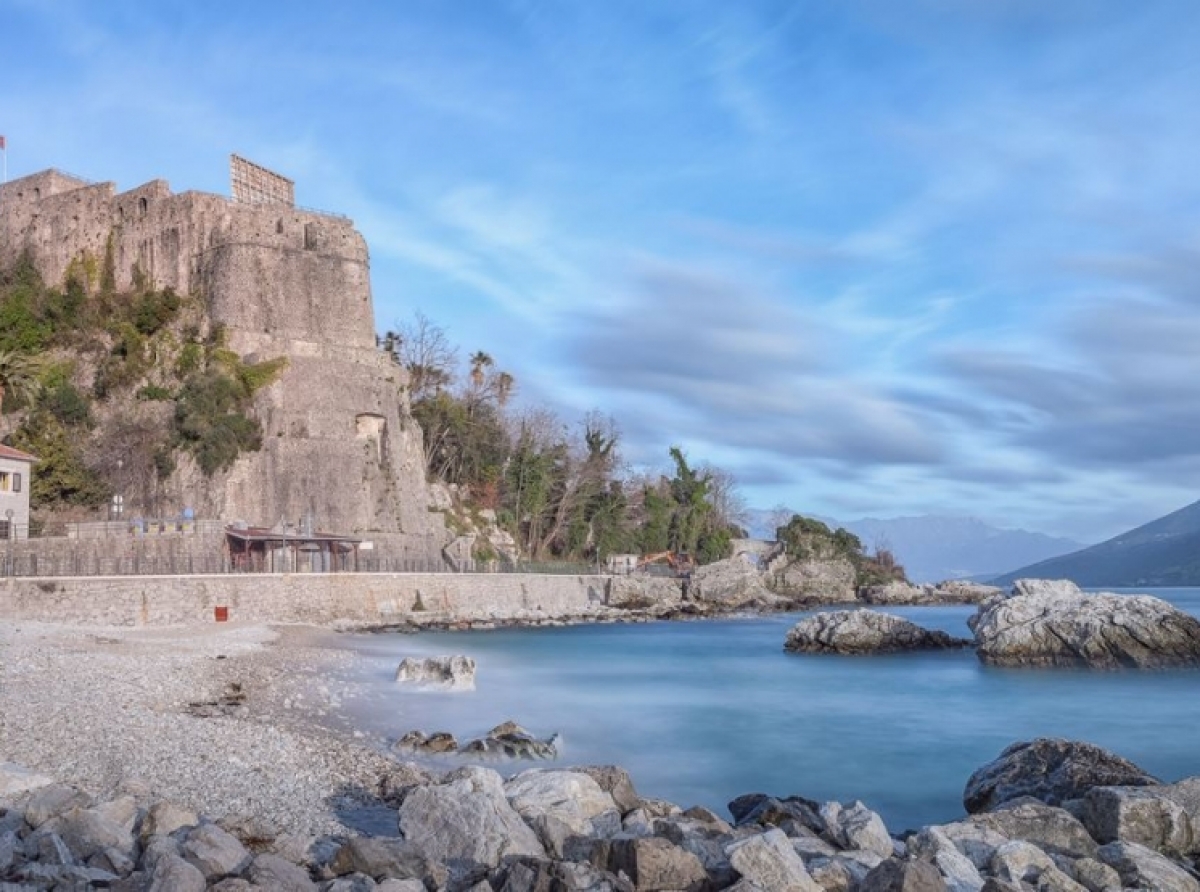 Forte Mare Fortress (translated as Sea Fortress) is located on the coast and guards the city entrance from the sea. It was one of the main fortifications of the city, which controlled the entrance to the city throughout its war-torn history. It represents the early formation of a medieval town founded by Tvrtko I Kotromanić in the 14th century (1382). The fortress was built between the 14th and 17th centuries, restored by the Venetians in the 17th century (also the time when it got its name to this day and the time when it lost its defensive fortress characteristics because it moved from Forte Mare to Spain ) and after them by the Austro-Hungarians (to whom we owe today's appearance). They made a series of improvements in the upper part maximizing the potential of the fortress to defend the sea entrance to the city. During their control of the city, the fortress was used as a center for military communication. Cement was first used in construction, and when it was learned about its waterproof characteristics, it was also used for facades in the old town and in 1952 it was adapted into a summer stage. The largest reconstruction was made by the Turks, when the fortress gained the dimensions that it has today and the unofficial name of the Strong Fortress.

The only remnant of the earliest times is a small piece of wall on the southeast side of the fortress and a narrow staircase on the east side. The fortress is built on stone, above the promenade and inside its walls there is a passage leading from the shore to the top of the fortress. Also at its foot we can find a spring, which the fighters of the Holy League (Venetians, Spaniards and the Papal State) drained in 1687, and thus left the city without drinking water, and facilitated the conquest of the city. Engraved on a marble slab, just above the spring, are some of the most beautiful verses dedicated to the Bay of Kotor, written by the famous poet Aleksa Šantić. On the upper side we find the Sea Gate with preserved elements of fortifications from the Bosnian period. The sea gate is certainly among the most beautiful examples of fortification architecture, and it is logical to conclude that it was part of the nucleus of the old city. The fortress offers a spectacular view of the entrance to the Bay of Kotor, the city port, Igalo and the old town. For more than six decades, film screenings have been shown at the fortress and to many it represents one of the oldest and most beautiful open-air cinemas.

“The sea is unusually blue beneath the fortress of Forte Mare and is full of purple hedgehogs resting on the seabed for centuries. Even today, the terrain of the fortress is so well preserved that during clear nights you can see the land of fierce sieges by Admiral Hajredin Barbarossa, who lost a huge army in powerful battles on these streets. " Milos Crnjanski