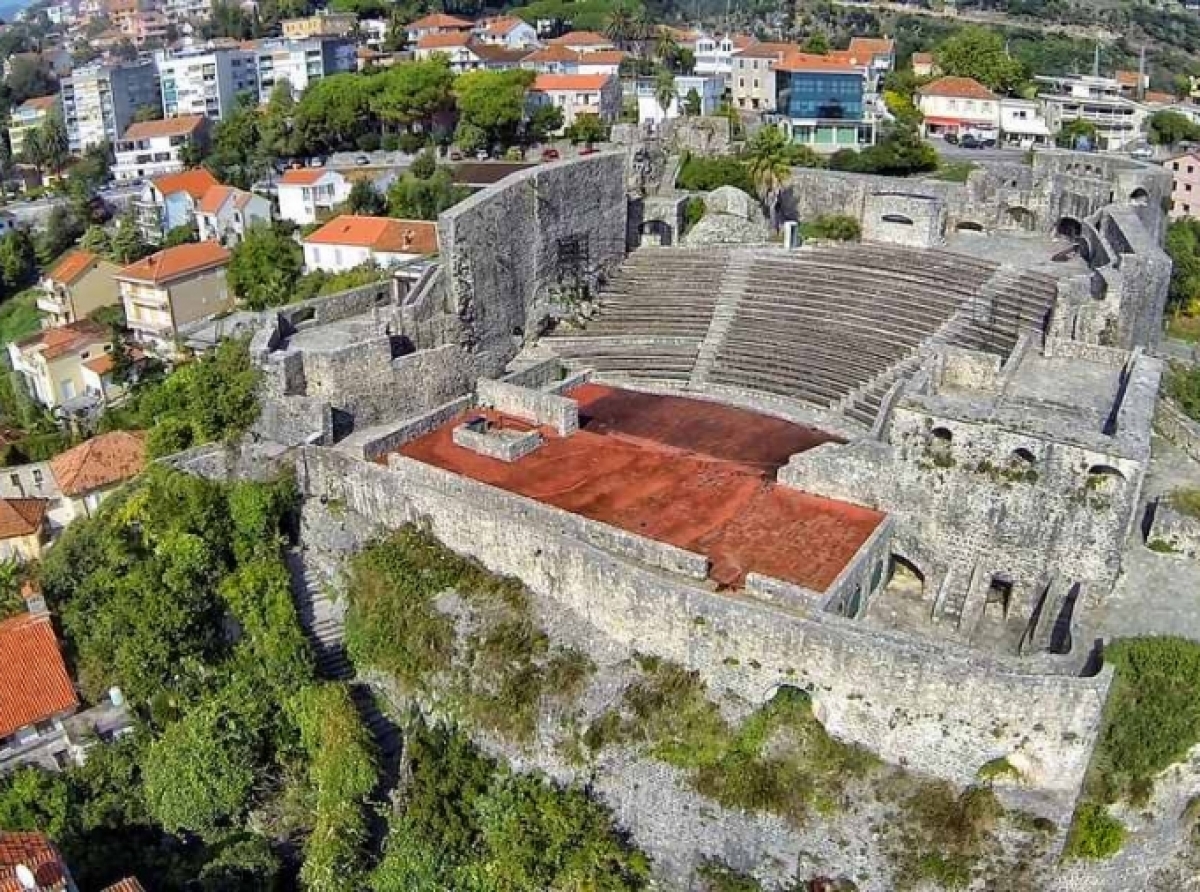 Kanli Tower is a monumental fortress in the Old Town, built in 1539 by the Turks and located at the northernmost point of the Old Town.Kanli Tower in translation means "bloody tower" and this notorious prison more than justified its name during the Turkish rule over Herceg Novi (1482-1687). The tower is first mentioned in written documents in 1664 in the travelogues of Evli lebelebi. It was built on the foundations of another fortress. In its current form, it is the work of Turkish builders and has preserved to this day the architectural originality of that period, but as other cultures gained control of the city, they all left their distinctive imprint on the tower, and so today we see traces of Venetian and Austro-Hungarian architecture. .The irony of this tower is that it was probably built on the foundations of some other structure that was humanitarian in nature, because on it we find a sign that says "pro pace", which means peace.

The tower is located at 85 meters above sea level, and with its walls completes the complex fortification system of the city. The Turks gave it a final look, but the Venetians made major repairs after major damage, especially after 1687, when they conquered the city from the Turks after their 200-year rule of the city.Inside the tower there is a well-preserved cistern which over time lost its function and was later used as a prison cell. The tower also contains the remains of a cannon with a damaged base and an inscription in Turkish. Drawings of various types of galleys, crosses, dates and coats of arms can be seen on its walls even today. The base of today's tower is irregular in shape with an approximate size of 70x60 meters with relatively well-preserved outer walls and towers at the corners. The interior of the tower was first reconstructed in 1960 for the then summer scene, perhaps the most beautiful open stage on the entire Adriatic coast, with a capacity of 1000 seats, which can be expanded to 1500 and an amphitheater of rare beauty and functionality.

The second adaptation comes in 1979 after a devastating earthquake, when the interior of the tower was more or less destroyed. The reconstruction was done in the Venetian style.Although it has not retained its former spirit and ambience of the old summer scene, this modern one cannot be deprived of its functionality and charm, even though it was acquired to the detriment of a part of its cultural heritage that it once had. Today, the tower hosts various events, Herceg Novi Film Festival, Sunny Rocks, Guitar Art Fest, Music Days, concerts of pop and classical music, folklore performances and much more.It is one of the symbols of the city and definitely a thing to see when you visit Herceg Novi.