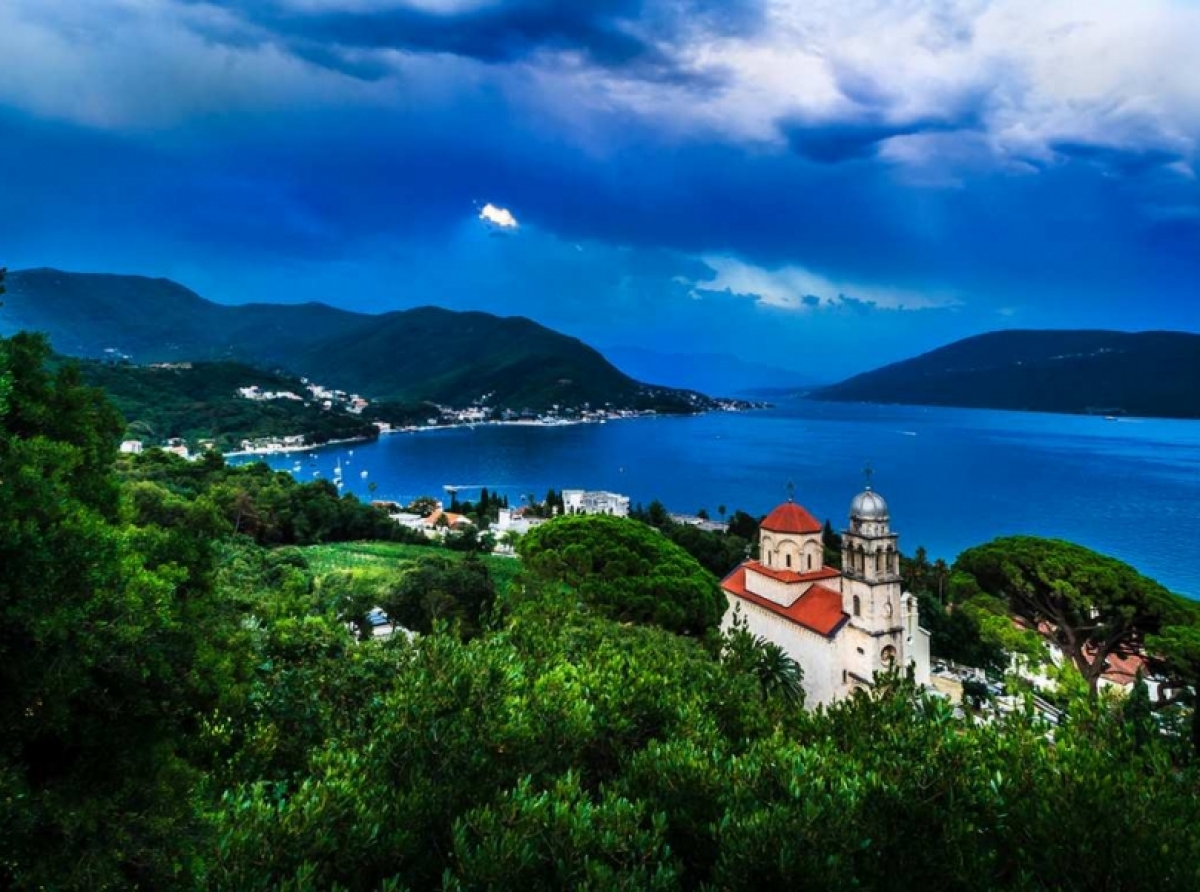 The Savina Monastery complex is located 2 km east of Herceg Novi in ​​a unique setting of Mediterranean vegetation. It consists of two churches dedicated to the success of the Mother of God, a monastery residence with a treasury and the church of St. Sava, isolated on a nearby hill.In the monastery treasury there are extremely valuable objects - exhibits, among which stand out: the crystal cross of St. Sava from the 13th century, the ark of the Tvrdoš Monastery from 1615, the shroud from 1642, the silver pentagon from 1648, a chalice from 1650, the Gospel from 1685, a unique portrait of the Russian Tsar Peter the Great, as well as a series of carved and richly decorated hand and throne crosses.The monastery library contains a large number of valuable books and documents.

In addition to the museum treasures that are exhibited in the treasury, Savina also has a holy, miraculous icon, the Mother of God, called the Mother of God of Savina. This valuable icon is considered miraculous by pious people, regardless of religion. She is credited with saving the monastery when the Venetian captain German, having sailed in galleys under the monastery, wanted to blow it up. The icon was donated to the monastery by the family of Captain Josif Komnenović from Topla. In addition to this, in the large church there is a small icon of the Mother of God, a contribution of the Russian Empress Catherine the Great.Above the door of the Small Church of the Assumption of the Mother of God, on the inside, is a fresco - an inscription from 1831, which mentions 1030 as the year of creation of this church, but according to stylistic characteristics it is considered more probable that the church dates from the time of Kosac. Several layers of frescoes were discovered on the inner walls, and the oldest was found under a layer of frescoes from 1565. It is believed that it was created in the middle of the 15th century and has the stylistic characteristics of Lovro Dobrićević's painting.

The youngest fresco is from 1831. The iconostasis is composed of several parts from different epochs. The royal doors called "tvrdoške" and the great Crucifix above them were made in 1703 by Dimitrije Daskal, and the temple icon of the Assumption of the Mother of God by his son Rafail.The great church of the Assumption of the Mother of God was built from 1777 to 1799 by the Korčula master Nikola Foretić. Preserved documents show that in the first eight years, 8,454 workers participated in the construction. In terms of architecture, the church is a mixture of styles from Byzantine, through Romano - Greek to Baroque and is a true example of a successful blend of Eastern and Western culture, which in this area for centuries merged into exceptional works of art. The iconostasis in the church, made by the icon painter from Bijelo Polje, priest Simeon Lazović, with the help of his son Alexei, in 1795, also represents a successful combination of traditional iconography and new baroque forms.

The Great Savina Church does not have a single founder. The founder is the people themselves. Numerous preserved obituaries of individual families in the church confirm that.Savina is a monastery that has gained lasting respect among the surrounding population and spawned a gallery of true monks who were great patriots, transgressors, bearers of culture and education at the time of the flare-up of libertarian ideas of the people of this area. A school operated in Savina for years, which was attended by many, later famous people.Church of St. Sava is located on a hill above the lodgings and the legend says that it was built by Saint Sava in the 13th century. The monastery was named after him, as well as the whole place where it is located. Around the church is a port and a small cemetery with a famous lookout and a view that reaches as far as Lovćen.It was built in the tradition of domesticated sacral architecture, single-nave, 9.5 m long and 6 m wide, and about 6 m high, with a bell tower on a pediment and an oculus above the west door. From the time of Arsenij IV Jovanović Šakobent, in 1740, Antimins was ordained a priest by Pavle, Bishop of Herzegovina and Mileševo, in 1794.

The view from this place on the monastery and Boka is magnificent and unforgettable.