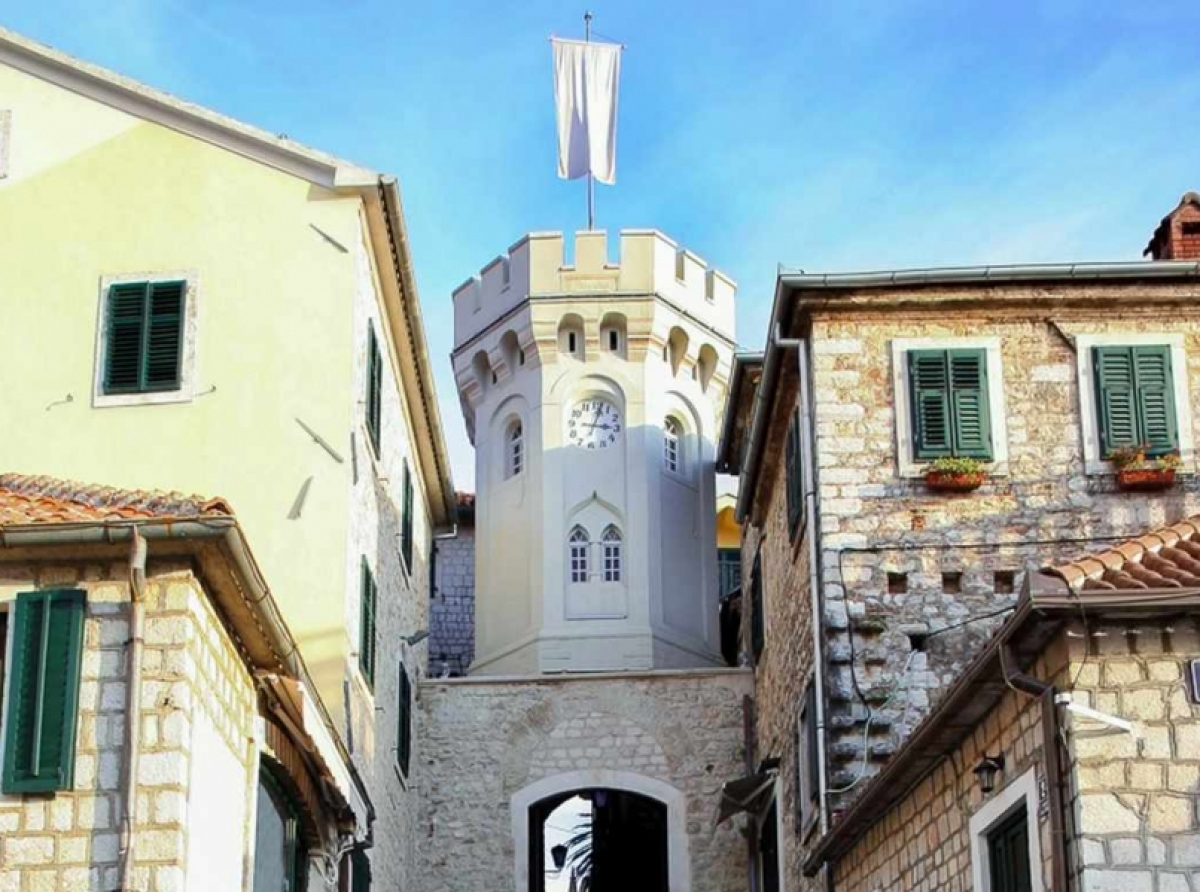 The clock tower was built in 1667 by order of Sultan Mahmud, is the entrance to the Old Town and is practically a business card and the main attraction of Herceg Novi. The tower itself is 16 meters high. The tower is the main symbol of the city and even takes a central role in the city's coat of arms and flag. During Turkish rule, this was the main city gate. There used to be a mosque next to it. The tower had a mechanical clock on all sides that showed the time for daily Muslim prayers. In the inner passage, we can find a sculpture of the Mother of God (called the Black Mother of God because it was made of burnt wood. There is also a legend about the origin of the sculpture. During the fighting between the Venetians and the Turks in 1687, three inhabitants of Perast hit a tree that provided them with protection, and then swore that they would make a sculpture of the Mother of God using burnt wood as a token of gratitude. Gallery, it was concluded that the statue was indeed made of olive wood), and a monument to the founder of the city, the First Kotromanić Company. The old city clock was just replaced in 1995 with a new, electric one, which the city of Herceg Novi received from its brother Zemun. In 1753, the Russian Empress Catherine II donated a bell to the inhabitants of Herceg Novi, which has been preserved to this day. The tower also has a preserved city archive where we can find documents from 1685. To the left of the entrance is a plaque, written in Cyrillic, thanking the soldiers of the 10th Herceg Novi Brigade, which liberated the city on October 28, 1944. On the right side, there is also an inscription in Cyrillic engraved in stone, which became illegible due to the great damage that the tower suffered. We can also find a bas-relief dedicated to the founder of Herceg Novi, which was placed on the 600th anniversary of the founding of the city in 1982. The bas-relief shows the Company sitting on a stone chair and two inscriptions, one in Bosnian (Serbian alphabet autochthonous for the region of Bosnia) and the other in modern language that form a whole with the bas-relief. The text in Bosnian is taken from Tvrtko's charter written to the Republic of Dubrovnik: "And then I called for the help of the Lord God and the holy great martyr and archdeacon Stefan, as I said above, and in his name I built a city on the said place." And I named him Saint Stephen. And the kingdom chose to set up that brine for him and to be a square for selling salt. The second text forms a whole with a relief feature: "Tvrtko I, King of Serbia and Bosnia and Primorje and the West, laid the foundations of this city in May 1382. He gave it the name Sveti Stefan, but it did not survive. The current name - Herceg Novi remains a town after Herceg Stjepan Vukčić Kosača who had his court in it where he died in 1466. The old clock was replaced in 1995 and the local poet Dušan Kostić dedicated the following verses to it: