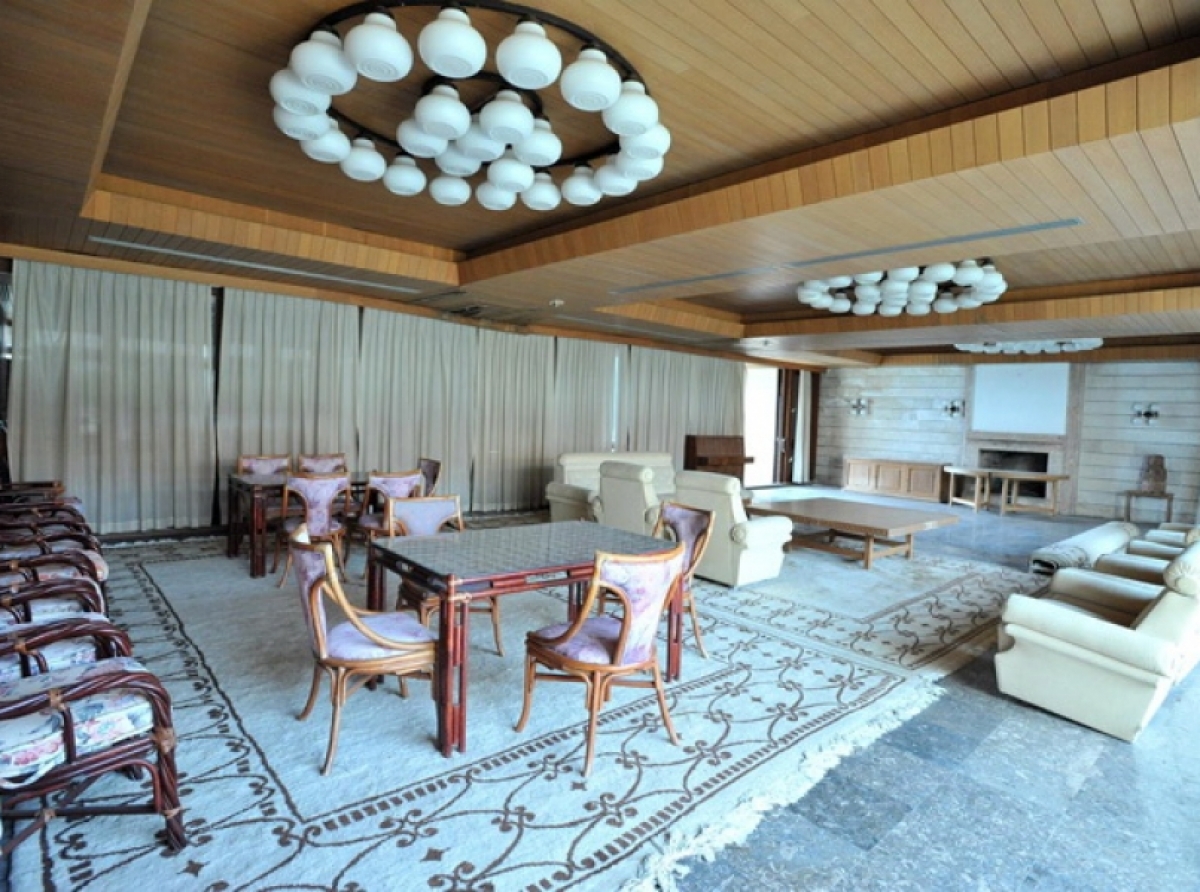 Surrounded by a rich pine forest, Tito's villa Galeb is positioned to offer a beautiful view of the entrance to the Bay of Kotor. It is one of a dozen luxury villas built for Tito in the former Yugoslavia. The reason behind this was the treatment that Tito had to do at the nearby Igalo Institute, which was so effective that they decided to build a villa for him nearby. The location of the villa is the exact place where the Mediterranean and continental climate intersect. The climate that then forms provides perfect conditions for recovery, which is the primary reason why this place has become a health center.The villa was built in 1976, and the whole process took only 6 months. It has 4 levels, 137 rooms and an area of ​​5500m2. The most interesting part is on the 4th level where there is an atomic shelter, which was made in case of a sudden start of the war. In this basement there is also a water control system in the form of an aquarium, which is supplied with the same water as the rest of the villa. In that aquarium live fish that can survive only in the purest water. If the fish dies, it is a sign that the water in the rest of the villa has been compromised, an alarm is sounded and the water supply to all fountains stops. Below the villa is a park with over 75,000 m2. The villa is designed for an extremely pleasant stay for 30 guests with the option of using medical and rehabilitation facilities. President Tito visited the villa 4 times on an official visit while his wife was there only once. Visitors can see the places where Tito and his associates held meetings, watch movies, apartments where Tito's guests and close associates stayed, Tito's and Jovanka's apartment, which are also the most exclusive parts of the villa. The villa never owned items. Everything was brought from Belgrade before Tito's arrival, and taken back after his departure.

Email: This email address is being protected from spambots. You need JavaScript enabled to view it.