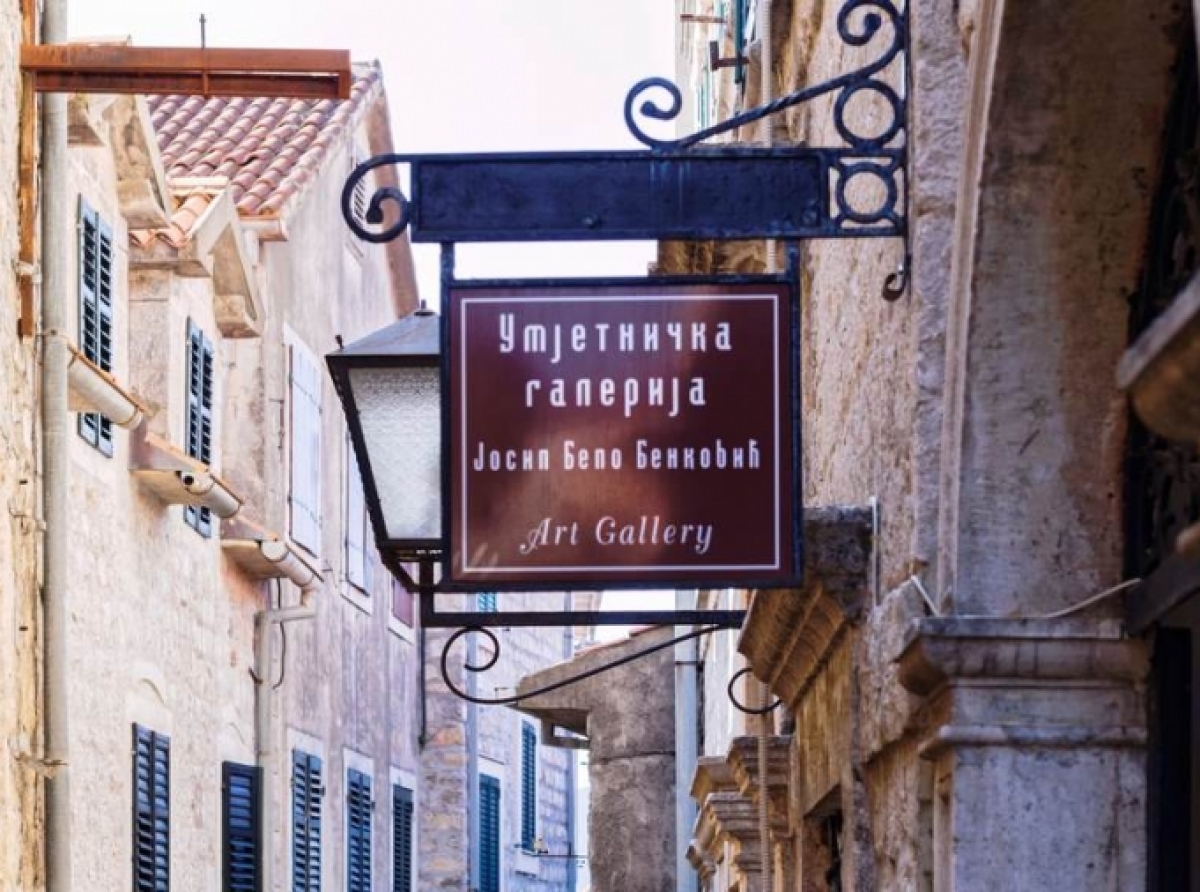 Herceg Novi, a city that inspired many from the world of art and literature, once had a fruitful Art School, which, after opening in Cetinje, was transferred to Herceg Novi, where it lasted for 20 years. Young artists and their professors and directors such as famous painters Petar Lubarda, Luka Tomanović, Vojo Stanić, Luka Berberović, brought the city a special charm that only artists can bring. The city in the arms of a magical natural environment has been a muse for many painters, so it is not surprising that the gallery "Josip Bepo Benković" in the Old Town, hidden in Marka Vojnovića 4, like the inspiration the artist discovers, has always had a rich and high quality exhibition program. over time it became the most visited gallery in Montenegro.The gallery was named after the painter from Herceg Novi, Josip - Bep Benković, and since 1967 it has been operating within the Homeland Museum, as a separate museum department. In 1967, the First Herceg Novi Winter Salon was organized, which has a local character, but soon expanded beyond the borders of the city and Montenegro, and in 2017 it celebrated its jubilee 50th edition. Josip Bepo Benković was born in Zadar on November 1, 1906. He finished high school in Herceg Novi and Kotor, where he graduated in 1927. After that he went to Belgrade where he finished law and art school at the same time. He spoke Italian, Russian, French, and German. With Kuna Andrejević, Mirko Kujačić, Boro Baruh and others, he created an art group, "Life". He wrote for the then progressive magazines, "Stožer" and "Naša stvarnost".He was one of the first organizers of the labor movement in Herceg Novi. The war found him in Belgrade, where he was sent on a mission by the Communist Party of Yugoslavia. The warrant for his arrest was issued in 1942, after nine months he was wounded and arrested and transferred to the prison in Banjica. He was executed, as a patriot and anti-fascist, on the night between February 18 and 19, 1943. He was an artist of dynamic expression. His work left an impression of speed, spontaneity and expression.

Email: This email address is being protected from spambots. You need JavaScript enabled to view it.